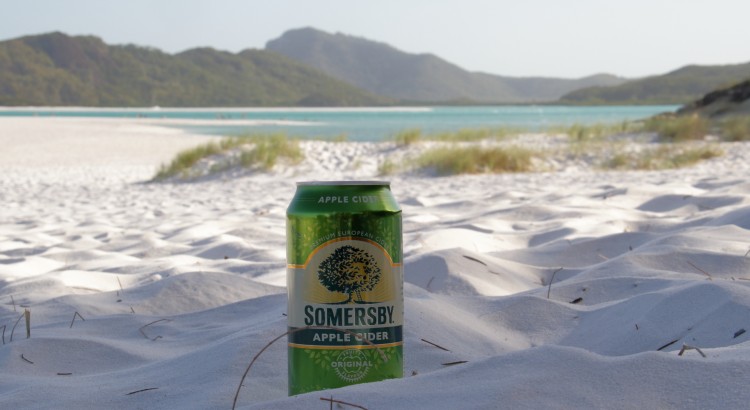 So we’ve finally started to make our way down the east coast from Port Douglas after a rather sad farewell to the place and people we have completely fallen in love with. We had a lot of emotional goodbyes as we were not only leaving Nicola’s family, who also took me in as their own, but all the people we had met and befriended in Port Douglas. My Bally Hooley family were also hard to leave and it was difficult swinging by the depot on the way out of town to say goodbye to Peter who’d taken the role as my Port Douglas Grandad whilst I was in the area!

Our first drive took us down to the beautiful Airlie Beach. When we had stopped via Airlie Beach on the way up North it was school holidays and we shortened our stay as the volume of people made the town a little unpleasant. This time around it was a lot quieter and felt a much nicer place to relax for a night before our three day live aboard on the “British Defender”. It was the first night sleeping in the back of the car, which was even more comfortable than I had imagined!

In the morning we had to swing by the tour office to officially “check in” for the boat but had until the afternoon to do a little exploring before our departure. We used the time to visit the gorgeous lagoon (still being in jellyfish territory) and I spent the morning having a swim whilst Nicola had a mid-morning nap under a tree. We grabbed some tapas before heading to the Marina to begin our voyage to the Whitsunday Islands.

The boat itself had definitely seen better days and would no longer be able to do the around the world trips it had won titles for previously, but the crew were fun and energetic and we quickly made friends with a few of our travel companions. It wasn’t long before we were under full sail to our first snorkel destination, quite an experience as the boat could lean up to 110 degrees when under way! Surprisingly everybody managed to hang onto the boat and their lunch! After the snorkel we moored up for the night and had a few drinks before watching some shooting stars.

The second day gave us two more snorkel locations and the parts of the reefs surrounding the islands we visited were amazing. Our second snorkel of the day even saw us meeting several turtles in the water, before heading over to Whitsunday Island. We arrived at Tongue Bay to be greeted by a swarm of turtles surrounding the boat before taking a walk across the island to White Haven Beach, which is far more stunning than any of the photos show. Luckily we had a few hours on the island to take a walk and explore. We even saw a few small reef sharks and rays patrolling the crystal clear waters of White Haven Beach.

We decided to stay on the boat and relax rather than go for the morning snorkel on our last day before our big sail back to Airlie Beach and we drove straight after the getting back to the car to Rockhampton and stayed in a YHA hostel as we had pre-empted the need for a “real” bed after two nights aboard the boat. To our surprised our private twin dorm was actually a little cabin with what can only be THE most amazing shower I have yet to have. This could have just been the three days of very salty sea snorkeling without proper show facilities talking though.

The next day we took the six hour drive to Rainbow Beach where we were spending the night in anticipation for our Drop Bear Adventures, 4 wheel drive Fraser Island tour. We had a relaxing evening and watched the sunset over the river behind the campsite whilst I skyped mum in order to wish her Happy Birthday. We then retreated to the car in order to avoid the mosquitoes and to prepare for our early start the next day.

Our first point of of call was a hostel in Rainbow Beach where we had the good fortune of watching the mandatory safety DVD for 4 wheel drive tours in Queensland. The DVD mainly focused on how we were likely to be killed in a tragic off-roading accident whilst on our tour. After this we headed over the road to meet up with our tour group at the petrol station. We were introduced to each other and piled into our 3 car convoy. The set-up of the tour was that our guide would drive the font car and we could take turns at driving the cars behind.

After a short ferry from Inskip Point, near Rainbow Beach, we began our drive along the stunning eastern beaches of Fraser Island. It didn’t take long to realise just how spectacular the entire island was going to be. After around 20 minutes of driving through sand that ranged from feeling like driving on tarmac to driving through marshmallows, we stopped so that our guide could point out the Blue Bottle Jellyfish which had been washing up over the last few weeks in decent numbers, so we could keep an eye out for them. Whilst on this brief stop we were visited by a dingo on his way to take a quick swim in the water.

We then headed to drop our stuff off at our base-camp for the night where lunch was waiting for us. We were pleased to see a hostel type set-up at base-camp complete with canteen and games room right on the beach and even more so when we drove past the other tours’ accommodation. After a quick lunch we jumped back into the the cars and headed out in order to begin ticking of the sights of the island and to get some serious off-roading under our belts.

Our time exploring the island was split between the first afternoon and the following morning and our guide made sure we got the most out of time focusing on giving us the most time at each location. We got to swim in a few of the islands lakes, paddled down a creek, stopped at the Moheno Shipwrek and Rainbow Sands and learnt tons about the islands history and ecology. Our guide Andrew made sure we visited the quieter spots in the first evening and got us up early and to each of the sites the next day before any other tours got there. When we saw the number of people at the locations we had visited earlier on our way back to lunch we were all shocked!

Our evening was spent socialising and playing games, both inside base camp and on the beach. Although we were able to swap and change cars, we spent the two days with a few Irish girls who were in our car on the first drive and ended up sharing a dorm with them. The entire group was well mixed and great fun, we really could have spent a few more days on the island. We headed home after lunch and began our couple hours of driving down to Noosa, staying at a caravan park where we had stayed on the way up.

We spent two nights at Noosa recovering from our long days on the tours and caught up with a our clothes washing, before heading down to Brisbane where we are staying in the city centre. It was great getting back to Brisbane and we spent our first day wandering the city rediscovering the place. We also found the time to catch up with Erin for a few drinks and Sam to take Arlo and Sophia for a walk. It was great having a little city get away to break up the travels down the coast; not that it’s been particularly arduous.

We are now looking to head South, crossing into New South Wales for the next stint of our trip! 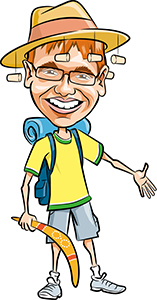 Peter
A Ginger Down Under
15th December 2015